It has been recently shown that nutritional ketosis is effective against seizure disorders and various acute/chronic neurological disorders. Physiologically, glucose is the primary metabolic fuel for cells. However, many neurodegenerative disorders have been associated with impaired glucose transport/metabolism and with mitochondrial dysfunction, such as Alzheimer’s/Parkinson’s disease, general seizure disorders, and traumatic brain injury. Ketone bodies and tricarboxylic acid cycle intermediates represent alternative fuels for the brain and can bypass the ratelimiting steps associated with impaired neuronal glucose metabolism. Therefore, therapeutic ketosis can be considered as a metabolic therapy by providing alternative energy substrates. It has been estimated that the brain derives over 60% of its total energy from ketones when glucose availability is limited. In fact, after prolonged periods of fasting or ketogenic diet (KD), the body utilizes energy obtained from free fatty acids (FFAs) released from adipose tissue. Because the brain is unable to derive significant energy from FFAs, hepatic ketogenesis converts FFAs into ketone bodies-hydroxybutyrate (BHB) and acetoacetate (AcAc)-while a percentage of AcAc spontaneously decarboxylates to acetone. Large quantities of ketone bodies accumulate in the blood through this mechanism. This represents a state of normal physiological ketosis and can be therapeutic. Ketone bodies are transported across the blood-brain barrier by monocarboxylic acid transporters to fuel brain function. Starvation or nutritional ketosis is an essential survival mechanism that ensures metabolic flexibility during prolonged fasting or lack of carbohydrate ingestion. Therapeutic ketosis leads to metabolic adaptations that may improve brain metabolism, restore mitochondrial ATP production, decrease reactive oxygen species production, reduce inflammation, and increase neurotrophic factors’ function. It has been shown that KD mimics the effects of fasting and the lack of glucose/insulin signaling, promoting a metabolic shift towards fatty acid utilization. In this work, the author reports a number of successful case reports treated through metabolic ketosis. 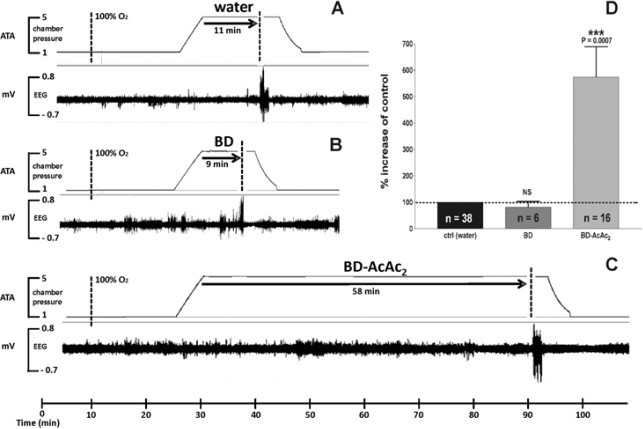 Raffaele Pilla, Pharm.D., Ph.D., Doctor Europaeus, received his Master’s degree in Pharmacy at G. d’Annunzio University in Chieti-Pescara, Italy in 2005, where he also served internships at the Cell Physiology Laboratory and Molecular Biology Laboratory. Prior, he was an Erasmus Student at Faculte de Pharmacie de Reims in Reims, France. He received his Doctor Europaeus in 2010 from Pitie-Salpetriere Institute in Paris, France. Also in 2010, he received his Ph.D. in Biochemistry,

Physiology, and Pathology of Muscle at G. d’Annunzio University in Chieti-Pescara, Italy. He was hired as a Postdoctoral Scholar in the Department of Pharmacology and Physiology at the University of South Florida in Tampa, on two research grants funded by the Office of Naval Research (US Navy) and Divers’ Alert Network. He has written and lectured widely worldwide. He has been involved in ongoing research at the University of South Florida with the use of ketone esters.