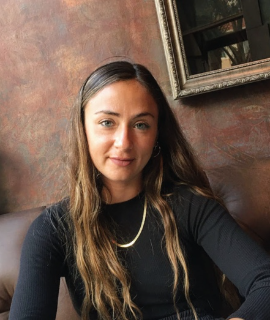 Title : Evaluation of a nutrition and health education program on components of metabolic health on women from under-resourced South African communities

Overconsumption of sugar, refined carbohydrates, and poor-quality fats, increases the risk for developing chronic diseases. While poverty is an important barrier to health and education for both men and women, it tends to yield a higher burden in women. There is evidence that low-carbohydrate high-fat (LCHF) diets can improve metabolic health in well-controlled clinical trials. However, one cannot assume that the same nutritional advice will translate to residents of underserved communities. Eat Better South Africa (EBSA) runs nutrition education programs for women to prevent or manage metabolic conditions. The aim was to evaluate EBSA’s effectiveness for changing dietary behaviour and improving metabolic health. This was a cross-sectional mixed method project. Qualitative methods consisted of focus group discussions and in-depth interviews with previous EBSA participants, naïve EBSA participants, EBSA team members, and health practitioners. Quantitative methods consisted of behaviour factors, diet and physical activity assessment and metabolic blood markers to assess changes before, after and 6-monhts after the program. Thematic analysis was conducted using NVivo 12. Descriptive and statistical analysis was done using Stata 16 and Jamovi. Women experienced improvements in dietary behaviours and biomarkers related to inflammation, lipids, and glycaemic profiles. Participants’ waist circumference, weight, blood pressure, triglycerides and HbA1c were significantly reduced, and those changes were sustained six months after. Women’s carbohydrate intake was significantly reduced, and their health markers improved despite a slight increase in sedentary behaviour. Most women found that the EBSA diet made them feel less hungry, more energetic and they felt that their health had improved. Women felt that some health practitioners were not supportive of the diet, but that they became more positive after observing the related health outcomes. Health practitioners’ approaches to LCHF diets seemed to be supportive but not advocating. Most participants followed EBSA’s dietary recommendations and experienced health improvements as a result. Follow up data at six months suggested that those changes could be sustainable. In the absence of long-term evidence, existing data suggest that it is a potentially effective treatment to adopt a LCHF diet as an option for patients to manage and prevent chronic disease in under-resourced communities.