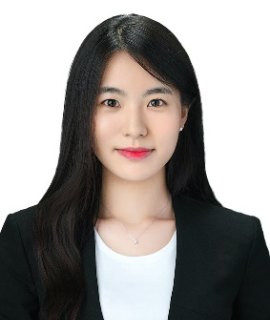 Chiyoung Son
The Catholic University of Korea, Korea, Republic of

Title : Association of Actual Obesity and Discordance of Body Image with Suicidal Behaviors among Korean adolescents

Suicide in adolescents is one of the most important mental health issues worldwide. According to the Organization for Economic Cooperation and Development (OECD) data, the suicide rate of Korean adolescents has progressively increased over the years, with a 12.2% increase from 2019 to a death rate of 11.1 per 100,000 in 2020, ranking the highest among the 37 countries. Korean adolescents answered that 12.5% had suicidal ideation, 3.8% suicidal plans, and 2.1% have attempted suicide. Most of the researches conducted on risk factors for suicide in Korean adolescents have commonly focused on mental health issues such as depression, hopelessness, and past suicidal behavior. These are without a doubt important factors of suicide, however other factors such as attitudes toward the body and obesity have drawn less attention although highly relevant to this age group. Body dissatisfaction can lead to eating disorders, depression, and low self-esteem, which are linked to increased suicide risk. This study investigated the association of obese body image with suicidal ideation, plans and attempts among Korean adolescents.

This study used data from the 2021 Korea Youth's Risk Behavior Web-Based Survey and included 53,445 students who had completed the survey. The data were analyzed by chi-square test, logistic regression analysis to test the relationship between actual obesity, perceptional body image, and their concordance with suicide-related behavior.

The risk of suicidal ideation, plans, and attempts were higher in Korean adolescents, both males and females, who perceive themselves as overweight than actual weight. Results encourage the inclusion of body image discordance as a variable in risk models for adolescent suicidal behaviors when developing suicide prevention interventions and plans.

Dr. Chiyoung Son studied Political Science and Diplomacy at Yonsei University, Korea and graduated as BA in 2012. She then entered Eulji University, School of Medicine in 2012 and graduated in 2018. She received her doctor’s license in 2018. She served an internship of one year at St. Mary’s Hospital, Korea and is currently training as a resident in the Department of Family Medicine at the same hospital.